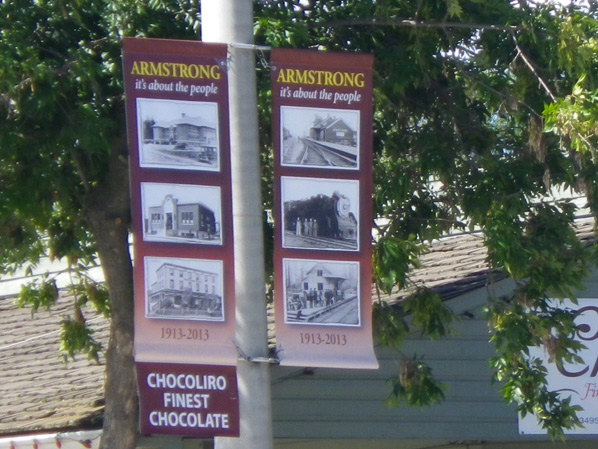 Another Road Trip, Another Show!

Oh, I love summer for so many reasons, but sitting in the evening in an open air theatre, watching the stars come out as the show goes on, is one of my very favorite.

For years, I have been meaning to attend a performance at the Caravan Farm Theatre, in Armstrong, British Columbia.

“ Caravan Farm Theatre is a professional outdoor theatre company based on an 80 acre farm, 11Km NW of Armstrong BC.

There is no theatre building – just the great outdoors. Productions have been staged in nearly every corner of the farm – in a field, in the pines, in the barn or the riding ring. The shows range from classics like Shakespeare and Brecht, original works like Horseplay and Cowboy King. Annual productions include a Fall shadow play, a Winter one-act sleigh ride show, and in Summer, a full length musical.”

I visited the farm once, years ago, when I was working for a theatre company in nearby Kamloops.  I will never forget the thrill of feeling and hearing what I thought was a mild earthquake, while standing in a field.

It was of course, the arrival of the Clydesdale horses, thundering up to greet us.

Yep, the very special thing about this theatre company – the resident Clydesdales.  Oh, those horses are a thing of beauty.  They are an integral part of each show, sometimes as featured performers, such as the opening scene from the Caravan’s production of Macbeth a couple of years ago, where the Clydes were summoned on cue, up over the hill, arriving at full gallop to land in front of each of the witches – ooh, how I wish I’d been there!

They are also an amazing crew. In the performance we saw, The Notorious Right Robert and his Robber Bride, the Clydes brought in whole set pieces such as a double bed, with actors reclining on it, the interiors of a pawn shop, a bank and a cabin, and a wagon which transformed into a “picture house”.

Younger son and I got to have a “fan shot” taken with Tinker and Jason, two of the equine stars, while they were having a well-earned break, at intermission. 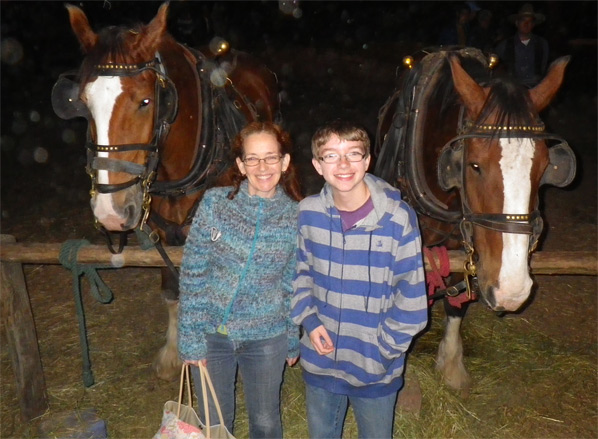 The stars were as big and beautiful as they can only be in the fresh, unpolluted country night sky as we slowly made our way out of the Caravan’s parking lot.

At that moment, listening to the chirping crickets, we kinda wished we had chosen the option to camp on the farm instead of heading back into nearby Vernon to our very nice hotel.

I felt that sensation ever more intensely as we made our way back along what had been, in the daylight, a friendly, gently curving country road.  Now, in the starry inky black, it was a treacherous snake threatening to pitch us off at every turn.  Not a streetlight did we see from the Caravan Farm until the edge of Vernon.  A good life metaphor for us city slickers:  slow down.

The next morning dawned hot and clear, and the road back to Armstrong was once again the pastoral friendly thing of the day before.

We passed the Caravan Farm, continued on through rolling hills and fields, delighted in the faces of the curious goats pressed up against fences, watched the free ranging cows shading themselves in the trees, were sure we were lost and at last found ourselves in downtown Armstrong, where we discovered Chocoliro Finest Chocolate. 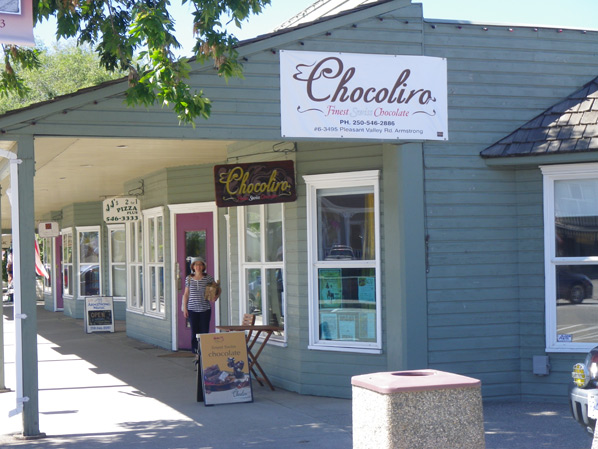 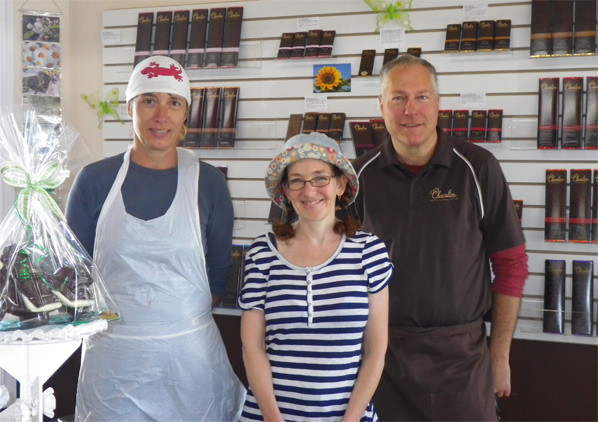 Jolanda and Peter Rotzetter, who originally hail from Switzerland, have the sweetest little fine chocolate shop on the main street in downtown Armstrong.  Jolanda is the chocolatier, Peter is the friendly, proud shop owner who greets you as soon as you enter – even if you interrupt his lunch, as we did on the day we visited.

No matter.  Peter graciously bid us enter, sample and look around, as Jolanda worked diligently in the spotless kitchen, behind.

Jolanda tempers, enrobes and molds everything by hand and today, in place of prominence is a collection of bee themed confections, saluting the Interior Provincial Exhibition’s Salute to the Honey Division, nicknamed Catch the Buzz.

We did just that, and picked up a couple of worker bees: 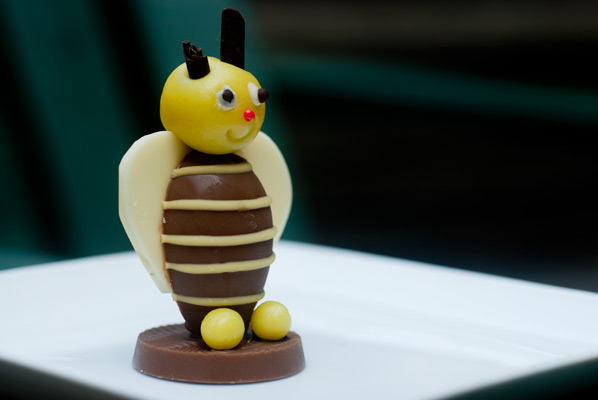 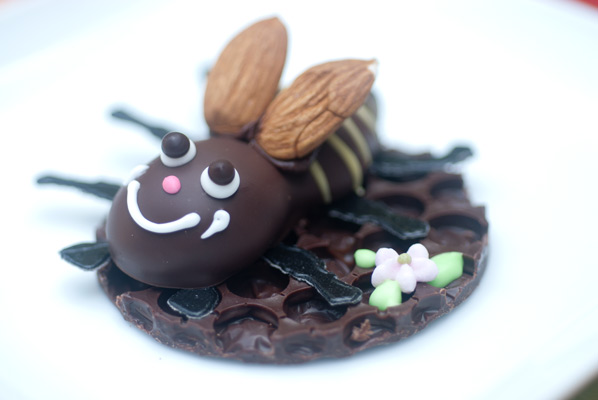 Peter and Jolanda are connected to all of the local businesses, who support and encourage each other (one of the nice things about living in a small town), and Peter mentions that they will be attending the Caravan show the following evening, and that the actors often come into the shop on their day off (I can imagine – I would!). He invites me to sample:

We took these truffles to a dinner with friends, where they were a lovely accompaniment to dessert.  Our friends pronounced them to have a silky smoothness, not too “winey”, but flavourful and velvety with a caramelly smooth finish. 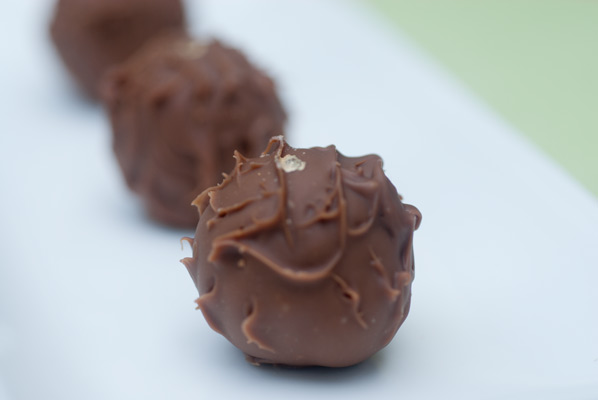 Younger Son has been over at the wall of beautifully wrapped bars, and Peter is eager to show us the detail in the molding.  The large ones, suitable for sharing, include a cacao pod design in one corner and the small ones feature a Mayan symbol. 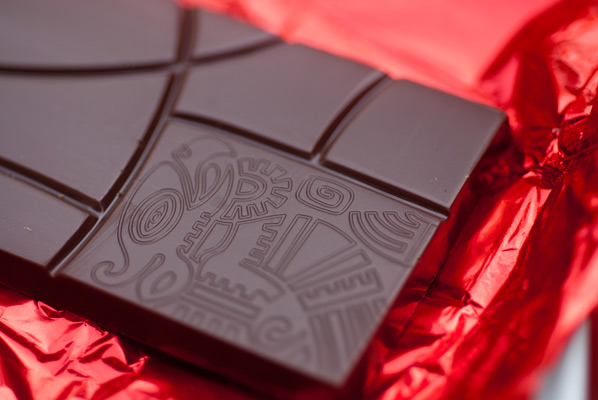 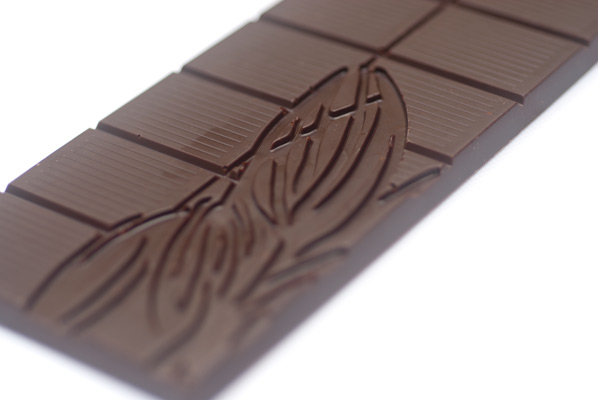 They are very pretty and I am once again reminded how important packaging is in a product like hand-made chocolate, where so much effort is put into taste, mouth feel, aroma and appearance.

“Edelbitter” 70% Orange Pepper – using extracts and pepper from Crescendo spices.  I particularly liked this one, as the combination of pepper, orange extract and dark chocolate complimented one another, taking any bitter edges off, and leaving a tart but smooth finish

Medium Dark Chili – Younger Son really liked this one, as anything spicy appeals to our boys and the hit of chili comes on gradually, in a warming “feels good in your mouth” kind of way

Dark Chocolate 72% bar with Crisp Wildberries – blackberry, strawberry and raspberry.  I am a sucker for berry and chocolate combinations, as this one does not disappoint.  Although we took home the big bar, I think I will “lose” this one in my handbag.

Dark Chocolate Gianduja Roll with crisp rice – Peter added this, as a last minute treat to the top of the box.  He says that, in Switzerland, these rolls are often eaten after being dipped in a cup of hot coffee, or as a kind of chocolate hot dog, made by poking a hole in a good bun and shoving the chocolate in!  Mmmmm – I’ll have to try that one another time, as you can see from the picture, I opted for the coffee version! 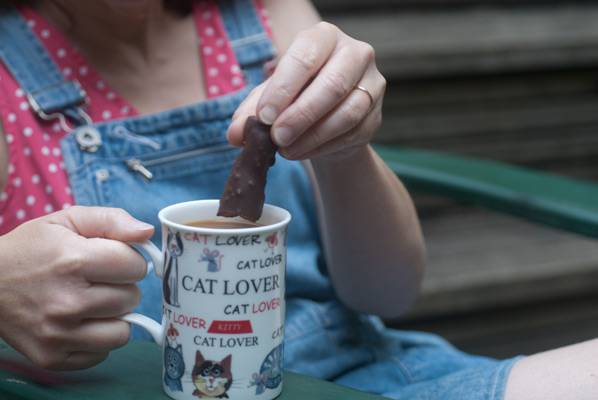 It was a very hot day and we had a long drive ahead, to get back to Vancouver.  Peter carefully packed everything in a “shock resistant” box, complete with padding, to get our goodies home in one piece.  Their care and “thinking of everything” even extends to providing ice for your cooler, if you need it to get their products home.

And now that I have finally found my way to Armstrong after all these years, thanks to Jolanda and Peter, I have another very good reason to plan a return trip – perhaps for the sleigh ride show at the Caravan, in the deep mid-winter, followed by some very good hot chocolate at Chocoliro. 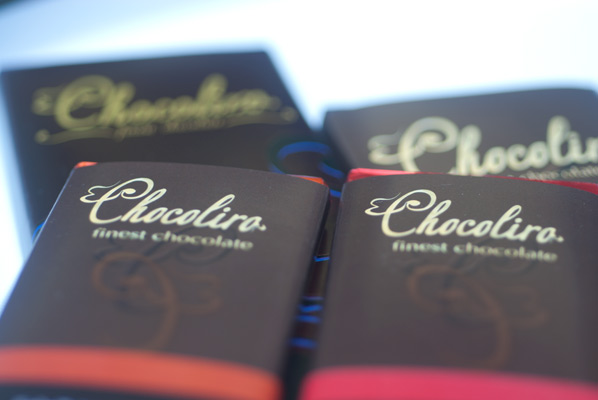