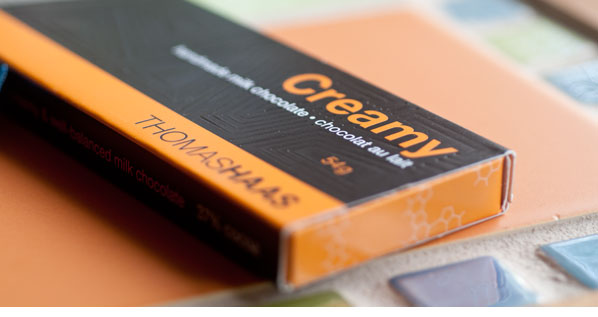 I had such fun with the first chocolate tasting we held, and was so fortunate to have the talents and insights of some wonderfully imaginative and passionate chocolate loving friends – that I was eager to do it again.

This time however, the focus is on milk chocolate.  Lately, milk chocolate has gotten a bad rap, as everything from insipid to kid stuff to déclassé.

While it is undeniable that some milk chocolates are all of those things, I feel duty bound to stand up for the substance that was, in my childhood, the taste of heaven.

Although I am sure I am leaving myself open to the scorn and derision of ‘dark only’ purists (myself one for many years, but I am trying to be a little more laid back and inclusive, these days), I will confess it here.  I love the way milk chocolate slides down the back of your throat and stays there!

It is probably the very worst thing an actor can ingest before a performance – I remember once giving a venerable colleague an Opening Night gift of a tiny, perfect box of pretty milk chocolates, and having her sweetly inform me that she “preferred not to eat them at the moment, as they produce mucus on the throat”.

And while no, milk chocolate does not provide nearly as much of the “Super Food” benefits as dark chocolate (helping to lower blood pressure, rich in antioxidants and minerals) it does fulfill one of chocolate’s most important functions:  making us feel good.

I have put together a panel who I believe is ideally suited to this tasting task.  They have been bravely happy to eat any and all of the successes and “Epic Fails”, to date in my endeavours as a student of Ecole Chocolat– a group of four charming, chocolate loving teenage boys.

It will be interesting to me to see if their changing palates agree with the sweetness of most milk chocolates, as according to a recent, nation-wide study of Danish school children:

“When children become teenagers their tastes change. The ability to recognize tastes increase gradually as children age. The greatest increase in taste sensation is between the ages of 13-14 years. The change in sour tastes in marked at this age. At the same times that love of sweet flavors wanes teenagers start to prefer sour flavors.”

The study was conducted jointly by the Danish Science Communication and food scientist from the Faculty of Life Sciences (LIFE) at University of Copenhagen. — via Science Daily

Perhaps this accounts for such abominations as chocolate covered pickles!

“Milk chocolate” is solid chocolate made with milk in the form of milk powder, liquid milk, or condensed milk (invented by Henri Nestlé in the 1800s) added.  In the 1870s, Swiss confectioner Daniel Peter had developed solid milk chocolate using condensed milk; hitherto it had only been available as a drink. The U.S. Government requires a 10% concentration of chocolate liquor. EU regulations specify a minimum of 25% cocoa solids, however an agreement was reached in 2003 that allows milk chocolate in the UK and Ireland to contain only 20% cocoa solids. This type of chocolate must be called “family milk chocolate” elsewhere in the European Union.

“Hershey process” milk chocolate is popular in North America. It was invented by Milton S. Hershey, founder of The Hershey Company, and can be produced more cheaply than other processes since it is less sensitive to the freshness of the milk. The process is a trade secret, but experts speculate that the milk is partially lipolyzed, producing butyric acid, which stabilizes the milk from further fermentation. This compound gives the product a particular sour, “tangy” taste, to which the American public has become accustomed, to the point that other manufacturers now simply add butyric acid to their milk chocolates.

I have put together a sample of 8 milk chocolates ranging from mass-produced to a handcrafted bar made by a favourite local chocolatier.  There is also, a range of “country of origin”.  By that I mean the countries where the chocolate bars were produced, not in reference to the countries from where the cocoa actually originated. 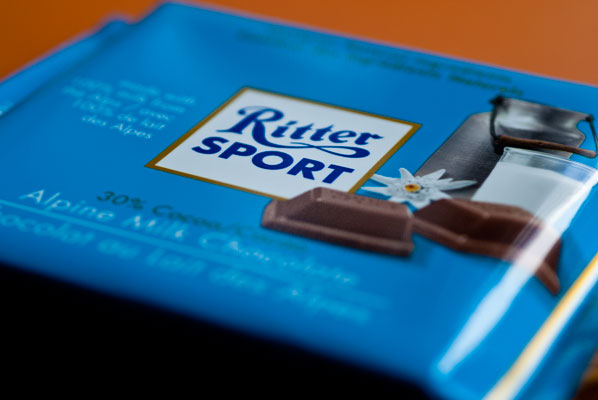 It occurs to me, as I prepare for their arrival, setting out water, soda water, and a sealed mason jar of coffee beans (a good whiff of these will cleanse the palate and olfactory senses) that eight samples of milk chocolate might just be too much of a good thing, and probably six will be plenty.

The boys arrive at our house after dinner, on a lovely mild evening.  I explain to them that they will be sampling a maximum of six different chocolates.

There are clearly eight samples on the counter.

Why am I holding back?

I tell them this is so as not to overwhelm their palates, that there is a “sameness” to two of the samples.

They guffaw.  “Bring it on!” is their response.  They are good sports.  So be it.  Eight samples it is. 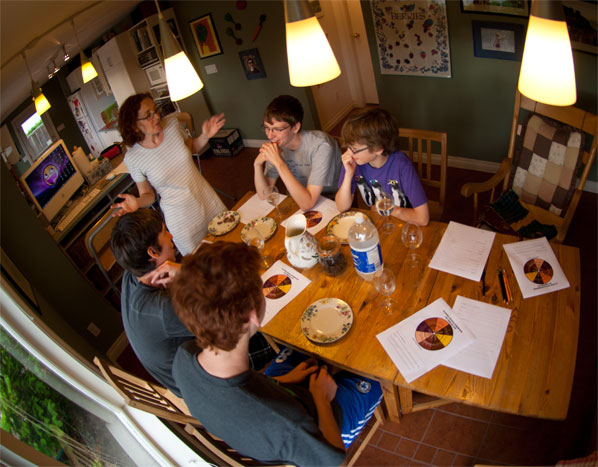 I hand each one a Guittard Flavour Wheel, which sends them into gales of laughter as they immediately pick out the pejorative words – “barn yard”, “burlap”, “hammy”.  My younger son picks out “cooked pudding” and I can tell that will figure prominently in his descriptions.

They are however, really good at this.  Perhaps it is because they all excel at Science, and have just finished finals and provincial exams, but they have a thorough knowledge of the scientific method, and set to with great gusto, on the first sample. 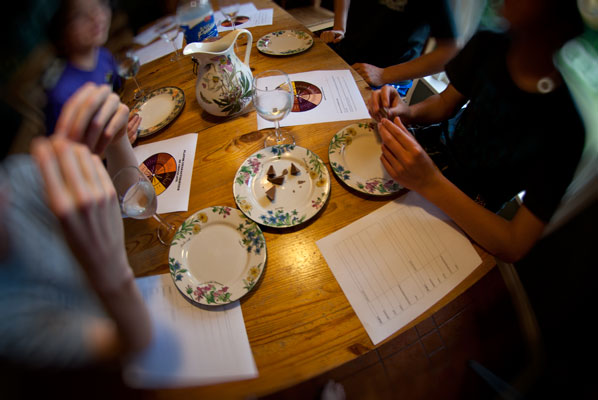 A quick run through of “how to taste” using all five senses (sight, feel, smell, sound of snap, taste), and they are busy visually inspecting, pressing chocolate between fingers, sniffing loudly (and yes, getting chocolate on nasal passages), and rolling chocolate around in their mouths.  They refer to the tasting wheel.   They make strange faces and noises ranging from “mmmm” to “achhhh”.  They manage to do all of this while talking and running their fingers around the tops of the water glasses to make musical chords.  Amazing. 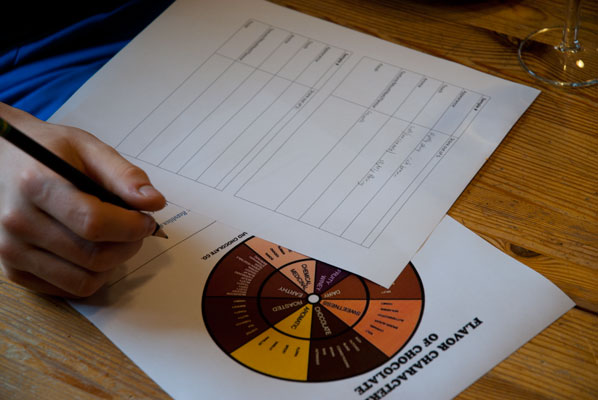 And one friend in particular, makes very thorough, neat, precise notes.  And they all take seconds, on each sample, except one.  Hmmm.  Very telling.  I am initially surprised at this, but when I taste this sample myself, I understand why.  Although what would be considered a “high end” chocolate, it has a very peculiar after taste.

Many glasses of water are consumed, and many sniffs of the coffee beans, although the technique for sniffing them modifies as we go through the taste test, as one of the guys almost knocks himself out with overly enthusiastic inhale. 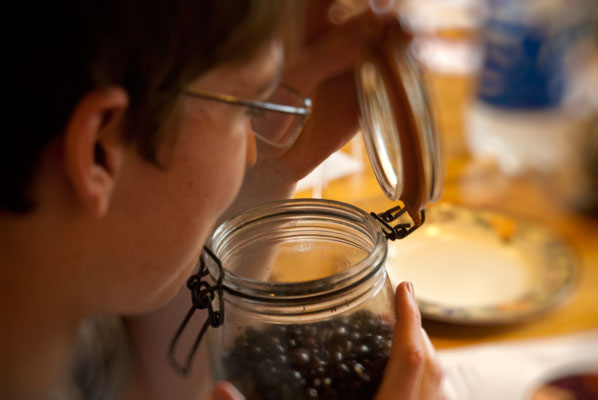 They gamely make their way through all eight samples, with a great deal of laughter and evident enjoyment, but although I had told them they were welcome to take the leftovers home, even the friend I have never seen turn down food (and I have known him since the boys were in kindergarten) admitted to being “all chocolated out”.

Well, I appreciate their diligent efforts on behalf of me and Ecole Chocolat, and here are the comments and preferences, in descending order, of the “Teen Milk Chocolate Taste Test”: 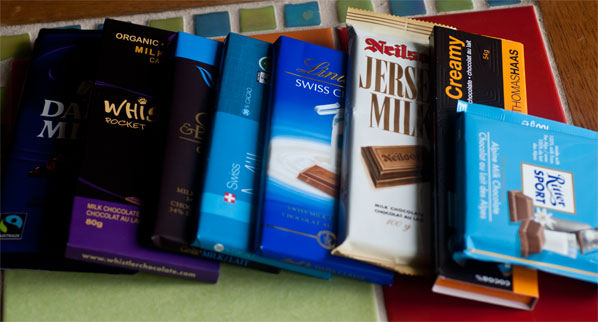 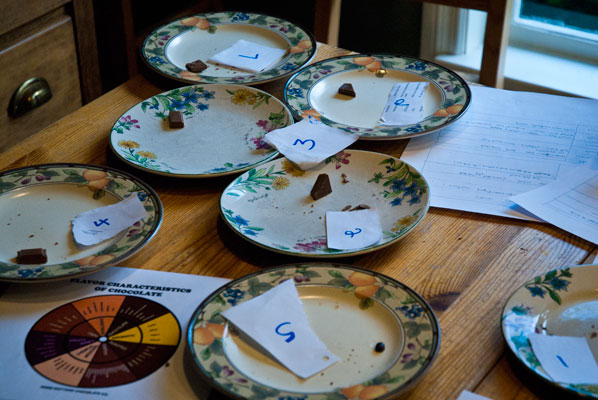