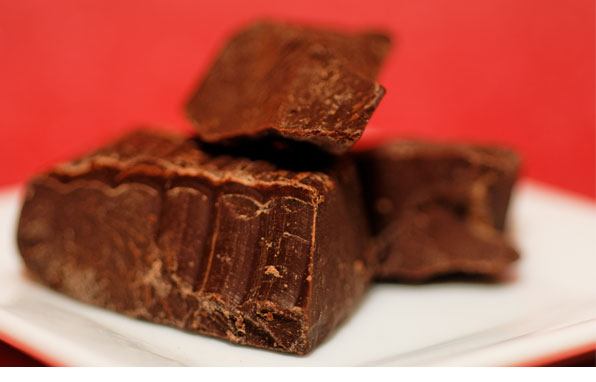 I feel like I am holding a small brick of gold.

Except, this is rarer.

I have been so fortunate to receive a piece of chocolate – Fortunato No 4 Peru, made from cocoa beans of a variety of cacao tree thought to have been extinct – Pure Nacional.

“Discovered” in the 1600s (although I am sure the local people knew what it was!) and then re-discovered by a Swiss chocolate manufacturer traveling in Ecuador in the early 1800s, the Pure Nacional variety was hugely popular because of its flavours of fruit and its floral aroma.  Popular, that is, until it was wiped out by a disease which rampaged through Ecuador in 1916. 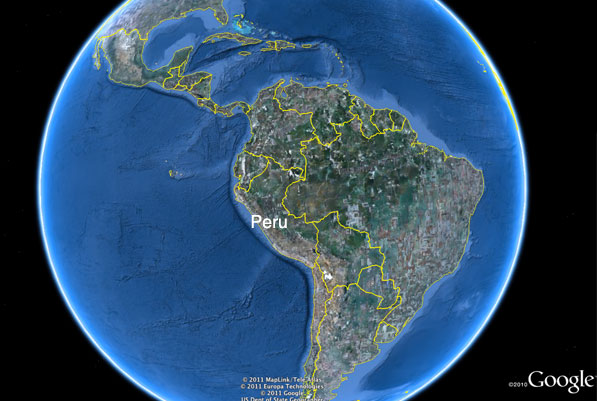 “Recently, Dan Pearson & Brian Horsley of Marañón Chocolate discovered pods of white & purple cacao beans in the Marañón Canyon of northern Peru. Told by locals that the cacao was used in couverture (very high quality chocolate), samples were sent to the US Department of Agriculture’s (USDA) genetics laboratory for DNA testing. The lab confirmed that the Pure Nacional variety, thought indigenous to Ecuador & extinct, lived on in Peru”. (from Moonstruck Chocolate website)

Fortunato No. 4 is named after the Peruvian farmer, Fortunato, on whose farm the beans were found.

“The number four was chosen because the fourth of 14 samples sent to the USDA, for testing, was the purest expression of Pure Nacional cacao, the same cacao used to create Fortunato No. 4 chocolate.” (from Moonstruck Chocolate website)

The valley where these trees are growing is being kept a secret, with  “somewhere along the Marañon River downstream from Lima”. 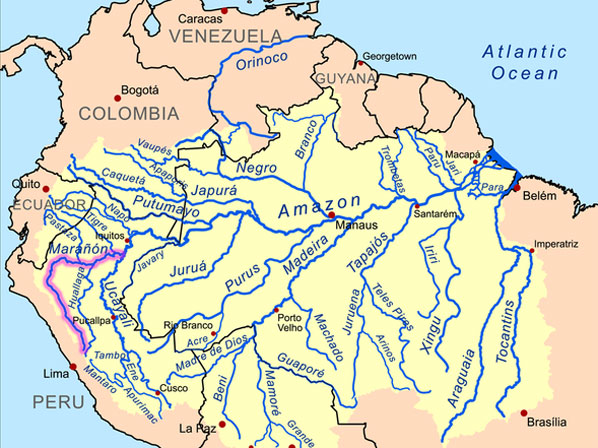 Wow.  This feels a bit like when they uncovered the frozen Wooly Mammoth a few years ago, and then sampled it.

Except of course, that this is not a fossil which will decompose, but a living thing, and will, I am sure, taste good.  And in a strange way, this makes me feel hopeful.  Because, without any human interference, these five trees (apparently there are five), have survived and flourished, and better still, have produced a mutation, which scientists and food people say, makes the chocolate taste even better.

“One reason may be that Nacional cacao has a rare and precious characteristic: some of the beans are white, not the usual purple, and those from the Marañón Canyon are about 40 percent white. White beans, which Dr. Lyndel Meinhardt, a scientist with the USDA said have fewer bitter anthocyanins, produce a more mellow-tasting, less acidic chocolate. Dr. Meinhardt said white beans are mutations that happen when trees are left undisturbed for hundreds of years.” (from  The New York Times)

Left undisturbed.  Until now.  They will, hopefully, continue to thrive, even though they have become international stars.  The small bar of chocolate I am holding in my hand is a testament to hybrid vigour, and the beans it is made from are real survivors.  It is a great story and it’s enough to earn my respect, without even a taste.

I suppose I should do that.  Hmm.  The truth is, I don’t really want to, even though I know that this is completely irrational.  I mean, it is chocolate, after all.  And it has come a very long way, on foot, by burro, by motorcycle and all-terrain vehicle, crossed the ocean to Switzerland, conched (with the formidably named 1879 Langsreiber Longitudinal Conch) for 60 hours, and turned into bar form, apparently without the addition of vanilla or any other flavouring, as this chocolate is supposed to be just that good.

After all the effort by so many people, including Pam, the wonderful person who actually gave me this rare chocolate, not to mention hundreds of years of effort by the trees themselves, who am I to say if this is good or not?

So instead, I carry it around with me for days, in my handbag, sneaking looks at the official looking paper label, which makes it seem much more like a biological specimen, than a commercial chocolate bar.  Sourced from ancient origins. Right there on the label.  How can I eat this? 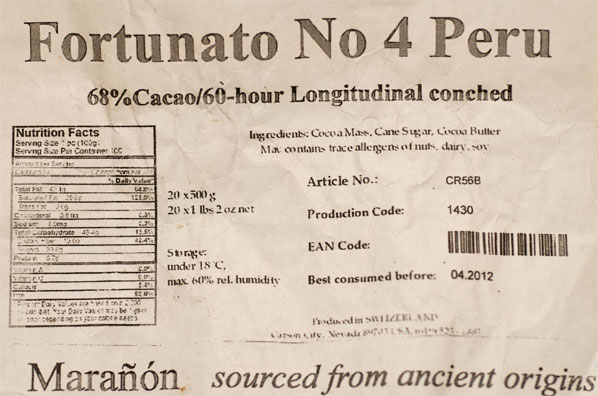 As I mull this label over for the umpteenth time at rehearsal, I am approached by a friend, looking sneaky and not a little desperate.  She whispers, “Got any chocolate?”  It dawns on me that I have become the go-to person, in my circle, for this glorious dark matter.

Feeling a little bit like a drug dealer, I check to make sure no-one else is near, and whisper, “Uh, yeah.  Some amazing stuff.  From Peru.  I haven’t even tried it, yet, but it’s supposed to be unbelievable.”

She really needs something.  It’s been a long week.  I relent.  Using my Swiss Army Knife, I carve off a tiny chunk of the chocolate, after opening the bag, and inhaling its contents.  It smells heady and winey.  She heads off, and I am left alone with the stash.

I decide that I will try a bit.  I carve off a tiny chunk for myself, put it hastily in my mouth and … I don’t like it.  I am very surprised.  I have bolted it into my mouth, paying no heed to everything I have learned from the chocolate tasting we conducted at our house.  I chew miserably at the square in my mouth and swallow, quickly.  A Wooly Mammoth experience.  I don’t want to risk another taste.  I feel terribly disappointed, but somehow, I don’t think it is the chocolate’s fault.

This is, after all, no Hershey bar.

I should have approached the tasting with more ceremony, something more … Mayan, perhaps, befitting its ancient origins.

I wrap up the rest of the chocolate, and replace its paper label.  It is days before I can open it, again.

When I do, I notice lots of little shards and shavings, surrounding the chunks.  I pick up a few and press them between my fingers, warming them up a little.  They melt, satisfyingly.  I press my nose to my fingers and inhale.  Mmmmm.  I lick my fingers.  I close my eyes and lean back.  I press my tongue against my palate …  Now, that is more like it.

A little goes a long way.  Like bleu cheese.  Or truffles.  You don’t just wolf ‘em down.  You take your time.  Like the cacao trees did.  I can afford such an ancient vintage its time.  And as it warms on my tongue, I discover I like it.  I like it a lot.  It’s very smooth, and its taste lingers in my mouth.  And I will make this little bar from Peru that has travelled so far to my hands, last a long time. 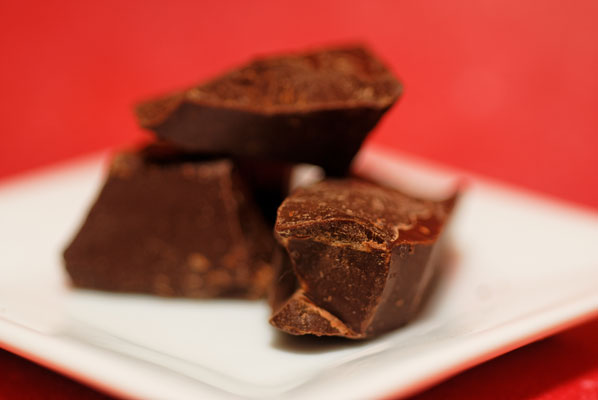