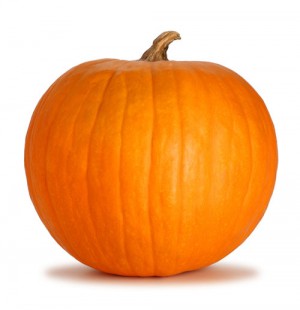 I have a confession:  I love Hallowe’en chocolate bars.

The tiny little Crispy Crunch’s, the Kit Kats, the Wunderbars.   This is the stuff I don’t see for most of the year, but the senses don’t forget.  A nostalgic smile creeps across my face as I open the box of “fun sized” bars:  cavity inducing, fillings-plugging, packed with sugar, preservatives and cheap chocolate, impossible to stop at one because there is a whole bowl in front of me.  This stuff is made to be pilfered while answering the door to tiny, terribly excited witches and Pooh Bears.

And I remember being one of them … the witches and the Pooh Bears, not the chocolate bars, I mean.  I think I was a rabbit for three years, because I was a slow grower, and the costume fit that long.  It always rained at Hallowe’en (I grew up in Vancouver), but the piles of huge wet leaves smelled earthy and slightly sweet from decay, the night air was damp, you could see your breath in front of you, your nose tingled, and it was spooky!

I remember running from house to house with my friends, shrieking with laughter, one of Mum’s old pillowcases in hand, because the plastic pumpkin, bought for treat collecting when I was five, was just not big enough.  Skin itchy under the make-up I was not used to wearing:  we were never allowed masks at our house, partly because Mum wanted to see our faces, partly because she didn’t like cheap, store-bought Hallowe’en costumes, and partly because they WERE NOT SAFE, and you could not see out properly, to spot that car coming to hit you.

Thinking we were going to “do” every house in a ten block radius, calling out to each group of kids we passed, with the scoop on who was giving out the best stuff, “They’ve got full size Aeros, over there!”, and (in kid terms) the worst, “Don’t bother – raisins!”

Finally, exhausted and chilled, the smell of spent fireworks in the air, calling our good nights to each other, separating to our warm homes, with promises to meet up the next day at recess – because it seemed like Hallowe’en was always on a school night – we ran home, to examine the haul.

Cross-legged on the living room floor, my brother, sister and I (until they got too old for it all) dumped out our goodies and began the careful process of negotiation for favourites.

Horrible, molasses flavoured Candy Kisses were instantly discarded, boxes of raisins handed off to Mum without a backward glance, the rare bag of chips (which by this time had turned to dust from all the agitation in the pillow case) put off to the side, and now, the real treasure – the chocolate bars – could command our full attention. 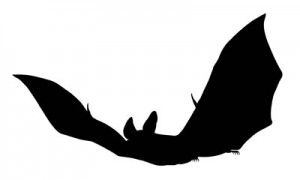 Silence fell as they were sorted into type, counted, stacked, sniffed, and then examined by our Mum.  Ever-vigilant, she would throw out any with even the tiniest rip in the wrapper.  I remember once, receiving a package of smokers’ mints.  Mum made me throw those away, as she said they were “only for grown-ups”.  I figured, at the time, it was because she thought they would make me develop a taste for smoking.

Over the next week after school, I would cram myself full of Kit Kats, Dairy Milks, Mars Bars and Smarties, until the inside of my mouth felt slightly raw.  And then, they were gone.  And I was not sorry.

Like a brief affair, a fling with someone you know is not good for you, the taste of those bars soon had an overly sweet sameness that made me feel slightly sick, especially as they were eaten in descending order of preference.  By the time I got to the Oh Henrys, I knew they had to go.  The rejected bars, the spent wrappers and sticky bits dumped into the garbage.  The pillowcase was returned to its rightful place in the linen closet.  Oh fickle hearted wretch that I was.

Until the next year.

This year has been different.  I have spent many hours in the last few weeks tempering, molding, filling and taste-testing really fine chocolate, trying to begin to understand its characteristics and depths, refining my palate, developing respect for chocolate’s origins, and how much labour is involved in creating a really good piece.   I have worked for days with the beautiful dark stuff, and have sampled it in the most minute of quantities.  This afternoon, I savoured just one exquisite truffle, created by a master chocolatier, and wished for no more.  I am a reformed woman.

Except that, even as I write this, I know there is a box on the top shelf of the laundry room cupboard.

I am alone for a moment.  I go to make sure they are still there.  And there they are:  impossibly bright wrappers, 100 pieces, four different types, all my old favourites.  Fun-sized bars.

I know better, but I open the box, just to make sure they are all properly wrapped for the tiny goblins and ghosties, of course.

Here are a few of the other goodies in our house this Hallowe’en…click on any of them to see bigger versions.