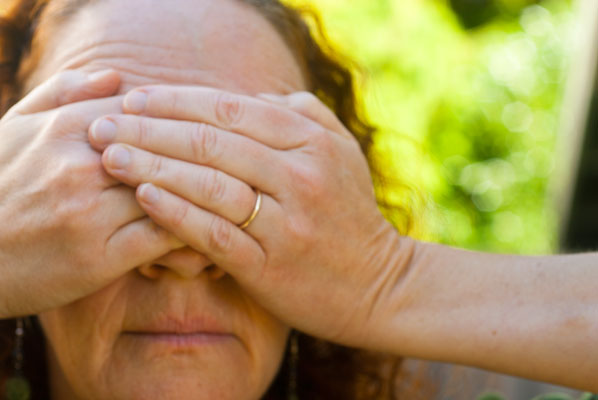 This week, I am fortunate to be in rehearsal with some incredible women, working on a new play:  My Mother’s Story.

The director we are working with is asking us to use senses and muscles I haven’t used in years.

I come home from rehearsal every day very tired … in a good way.  We are working very physically, almost dancing in some parts and since most of us are NOT dancers … there is a lot of laughter.

By the time we get to our breaks, someone rushes to the kettle to make tea, and everyone casts around for a little something to get the blood sugar level s up again – especially in the afternoon. 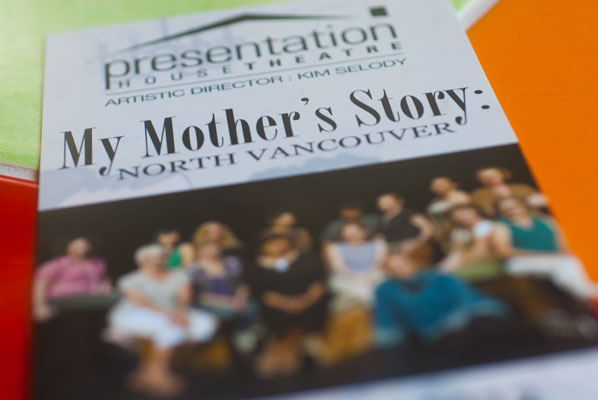 While most of us subscribe to some sort of nutritious diet and exercise routine, there is always room for chocolate, and yesterday, after a particularly demanding section of text and movement, the cast and creative team (all women) were good enough to indulge me in donning eye masks and taking part in a blind-folded taste testing of four different chocolates.

After my experience last week, dining without sight at Dark Table,  wanted to see how the feel, aroma, and taste of chocolate would be perceived, by taking away the sense of sight since, according to one of the guide-servers, we take in 70-80% of our information through sight.

This taste test was, by necessity, done more quickly – definitely a “first impressions only” experience, as there was no time to linger, and that may have had an effect on the outcome.

The only palate cleanser between tastes was water from our various water bottles, most at room temperature.

I have a collection of sleep masks (from the one and only time I flew Executive Class) and asked each of the women to don one.  They also agreed to close their eyes, to be doubly sure they were not influenced by peripheral vision (we’ve been working on that in rehearsal). 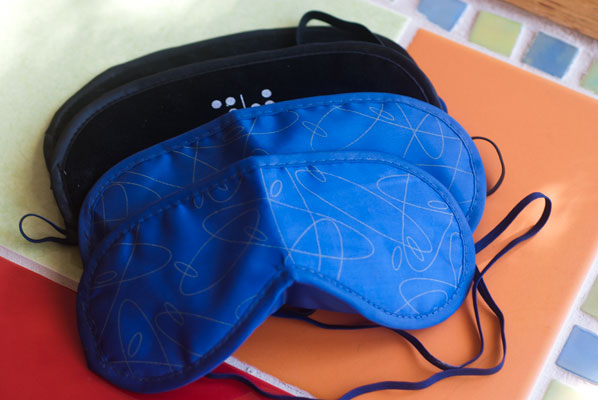 I handed each of them a sample, trying to remember how Lazar, our waiter from Dark Table cued us:

“Suzanne, I am now handing you a sample in your right hand”

It was an interesting experience for me to read the visual body cues as I observed them handling, sniffing and tasting. There was definitely caution, heads cocked to the side, foreheads wrinkling, fingers feeling intently for rough spots and bumps, as the first tactile information was received.

Then, a cautious lift to the nose and deep inhale.  In some of the samples, this alone produced an instant recoil, and an audible exclamation of disgust, reminding me of how powerful a sense organ we have in our noses.

There was again, caution, when placing the sample in the mouth, especially if the olfactory information received was unpleasant.

I am reminded of how infants must place everything in their mouths to fully experience the object, whether pleasant or not.

The group listened to each other’s observations more closely, and tried not to interrupt (a highly unusual experience for actors who have been asked for an opinion), so that no valuable audible information was lost.  Unlike the previous taste testings I have conducted, everyone was encouraged to speak their thoughts and impressions (as I was the only one able to write them down).  I am sure this could not help but influence the comments slightly, but it also made everyone eager to have their comments heard, and in some cases, to find the word the other person was searching for. 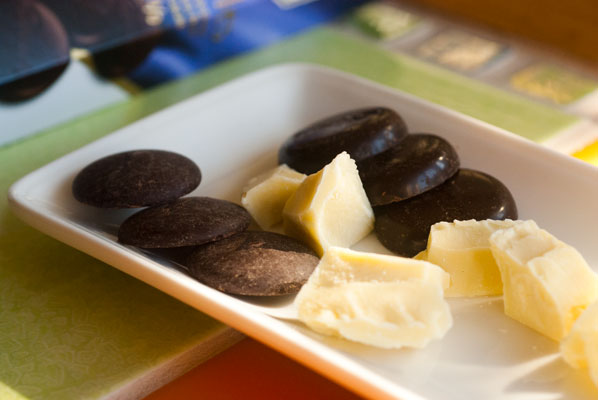 Here are the actors’, our director’s and Stage Manager’s impressions, taken as a whole, to each of the samples: 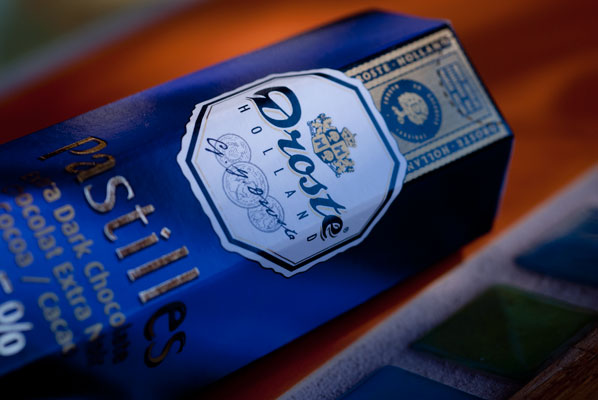 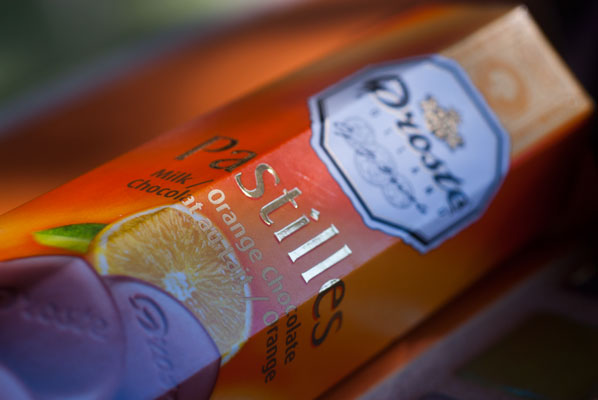 I did mention that they are a highly opinionated bunch, didn’t I? They really know what they like and do not like.  And that, apparently is single origin dark couverture, with the exception of one delightful actress, who much prefers a mild milk chocolate. I am confident that they had no opportunity to allow their senses to be led by anything other than their noses, hands, ears and mouths.

In appearance, the Droste pastilles definitely have a polished “finished” look, and very cute packaging, but without the visual cues, they held limited appeal to this panel.

We are summoned back to rehearsal, and I am once again grateful, not only to be working on this very special project, but to have an in-house panel of chocolate tasters, who are willing to give up their hard-earned tea breaks to take one for the Ecole Chocolat team.  Thanks everyone! 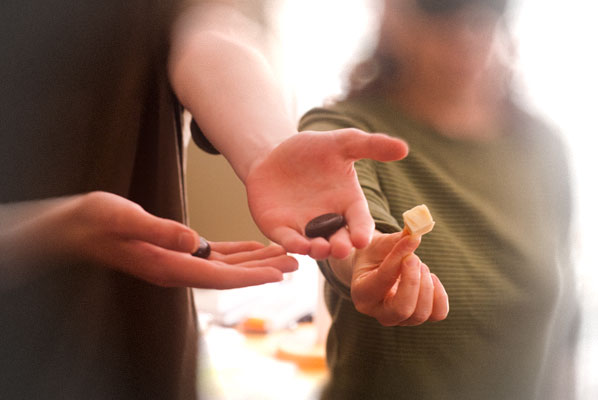