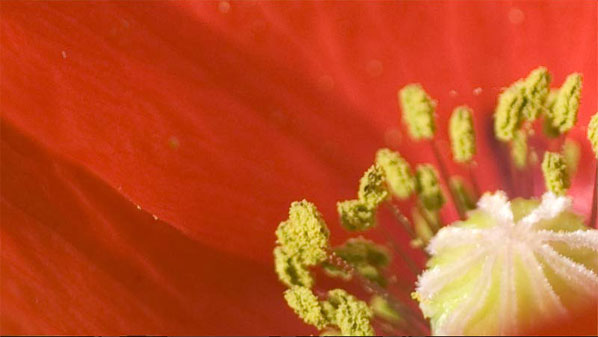 I went, last week, in this approach to Remembrance Day, to see a friend of mine in a performance of Vimy, a touching play about 5 soldiers and a nurse whose lives change forever in the spectre of that famous World War One battle.

In one scene, the nurse, attempting to provide a treat and distraction to a distraught young soldier, hands him a piece of hidden chocolate, and says “Try that.  Better than Bully Beef, I’ll bet.”

Oh so much better, I am sure.  That little piece of something special bought a moment of comfort, normalcy and a few seconds to forget the awfulness of those trenches and the brutality of war.

During the second Boer War (also known as the South African war, fought 1899 – 1902) soldiers in the British and Canadian armies were sent special tins of chocolate from Queen Victoria, which became highly prized mementos even then, prompting some of the soldiers to send them home to their families for “safekeeping” until the war was over.  Unfortunately, so many of them never did return to claim their chocolate.

Here is an interesting article, detailing those tins, and the ethical conflict faced by the British chocolate manufacturers, Cadbury, Fry and Rowntree who, as Quakers, did not agree with the war, but did not want to refuse the request of the queen.

In one of my favorite plays, Arms and the Man by George Bernard Shaw, Captain Bluntshli is referred to by Raina, the heroine, as her Chocolate Cream Soldier, from his preference of carrying chocolate, instead of pistol cartridges, in his case.

By time World War One, “the War to End All Wars” was being fought, rations of chocolate bars “for eating or drinking”, and tinned milk became precious commodities, when they could actually get food supplies to the Western Front.

Here is a wonderful diary entry from an American World War One YMCA Canteen girl:

Tonight we gave a party: hot chocolate and cookies for the whole camp. Every Sunday before the Big Push came I had been serving hot chocolate free but I had been staggered by the thought of trying to make chocolate for seventeen hundred men on my little stove that is just big enough to sit on, over a fire which has to be coaxed with German powder sticks and candle ends before it will burn, and serving it in our sixty odd cocoa bowls. This morning, however, I had an inspiration. I consulted the detail, they approved. Accordingly we sent requests to three of the battery mess-kitchens, asking that they should each furnish us, at five-thirty, the largest container they possessed full of hot water. Then we asked the mess sergeants to announce the party at supper and tell the boys to bring their mess-cups. The sentry at the street corner was also instructed to let no one pass without his mess-cup. Then we started in, heating all the water we could manage, making chocolate paste, opening whole cases full of canned milk.

At six o’clock the fun, per schedule, began. The boys lined up from the counter to the stage. But instead of a single line, it soon became evident we had two, one coming and one going, which together formed an endless chain like a giant wheel which kept slowly but surely revolving. After the second or third time around a boy would begin to acquire a slightly sheepish look and endeavor to avoid my eye, but when they found that all they got was a grin and “I’m glad you like it!” they grinned back unashamed.

“I can’t stop,” joyfully explained one lad to me, “I’m in the line and I can’t get out; I just gotter keep on coming round.”

“Oh boy! but that’s the best thing I’ve had in France!” declared another.

“You’ve got all the business in town right here tonight,” one of the boys informed me. “I just took a look in at the cafés. Every one of them is empty.

Personally I feel that the party was a Great Success. We shall have to have one just like it every Sunday.

In the famous moment of sanity that was the Christmas Truce of 1914, along the Western Front, where in some places, shelling stopped, carols were sung, and soldiers ventured into No Man’s Land to fraternize with their enemies, a chocolate cake was one of the gifts smuggled into the British trenches from the German soldiers.

When Forrest E. Mars observed soldiers fighting in the Spanish Civil War (1936 – 1939) eating pellets of chocolate in a sugary coating (some say it was tempered chocolate), which kept them from melting in the heat of the sun, he hit upon the idea for the now famous M&Ms, which were patented in 1941, and became popular with American soldiers:

“because of their ability to travel well and withstand high temperatures. Soon the Armed Forces incorporated M&M’s® into soldiers’ C-Rations.”  via mit.edu

When US Army Quartermaster Colonel Paul Logan approached Hershey’s Chocolate in April 1937, to formulate an emergency chocolate ration bar, he had four requirements.

The last criterion was so that troops would not be tempted to eat the bar casually, as a treat.  It was meant to give them enough calories to survive a whole day, and only to be consumed when one was on the verge of starvation.

Its ingredients were chocolate, sugar, oat flour, cacao fat, skim milk powder, and artificial flavoring. The bar became known as the D Ration or “Logan Bar”, and while it apparently fit all those criteria, it was unappetising and tough to chew.

A formulation was created to withstand tropical heat, which became the Tropical Bar.

“It is estimated that between 1940 and 1945, over 3 billion of the D ration and Tropical Bars were produced and distributed to soldiers throughout the world. In 1939, the Hershey plant was capable of producing 100,000 ration bars a day. By the end of World War II, the entire Hershey plant was producing ration bars at a rate of 24 million a week. For their service throughout World War II, the Hershey Chocolate Company was issued the Army-Navy ‘E’ Award for Excellence for exceeding expectations for quality and quantity in the production of the D ration and the Tropical Bar.”

Hershey Community Archives page has lots of information, and pictures of the ration bars.

During the Second World War, chocolate in Britain was deemed to be an essential food, and was placed under government supervision, and rationed for the duration of the war. 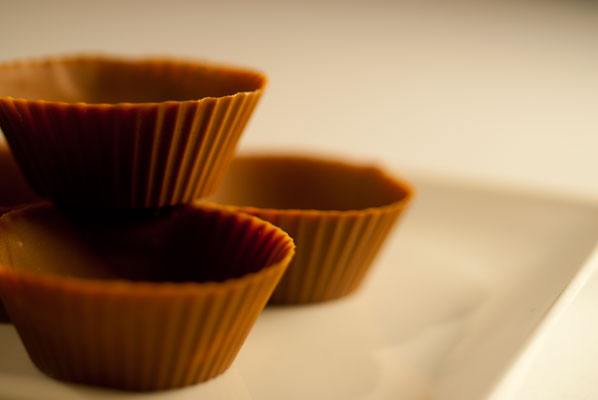 A much tastier treat, than the D Ration bar, and one that is filled with memories for me, is my Mum’s technique for making “Wee Chocolate Cups”.

This pretty little concoction has been in my family for almost seventy years.  I have wonderful memories of helping my Mum to make these, and in what has become, for me, a cherished heirloom of her warm and lovely voice, I asked her to write down the story of how she learned to make them, for a project I was part of, My Mother’s Story.

Intro to Chocolate Cups Recipe
“I have been making these cups for 60 years now, and way back then, was a teenager working in a big office in Scotland.

It was during World War II, and chocolate was very hard to get, but my Gran had a wee man who sometimes could produce scarce items for a friend, and on one occasion, came up with a large box of chocolate, which I was allowed to share with the girls I worked with, one of whom showed us how to make the cups.

Of course, we had to fill them with synthetic cream and perhaps jelly, but they hit the spot and we all thought we had just invented something special.

Eons have passed, and all my friends have enjoyed filling these wee cups with all sorts of exotic things, but sweetened whipped cream, sponge, and strawberries are my favourites.

I no longer use paper cups.  I use mini silicon ones and it makes the job so much easier.  The silicon is flexible enough to peel away from the chocolate, enabling one to pop the cup out, but strong enough to provide structure to hold up while the cups are setting.  Oh how I wish I could have given my Mum a set, but I still treasure the memories of the pin technique!

Mum always insisted on Cadbury’s Dairymilk, and I remember being sent back to the store as a child, when I brought home an inferior brand.  I am smiling as I remember this, as I don’t imagine she and her pals were so fussy during the War.

And while writing about chocolate and its association with war-time may seem trivial, it is Remembrance day today, and shortly I will go and stand in the rain, and feel it on my face and feel so very grateful that I am lucky enough to be able to think about the little things, and I will stand in silence and give thanks – and  hope that everyone can experience some small comforts in their lives. 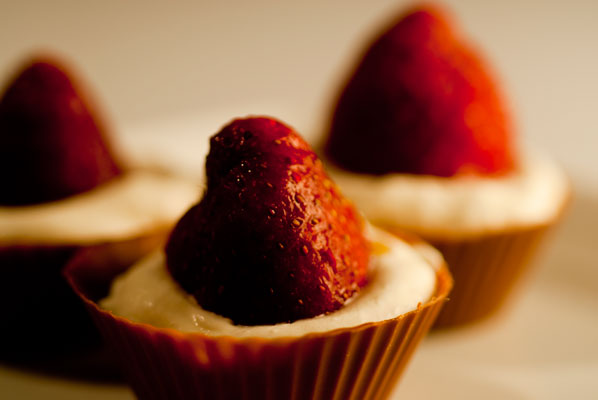