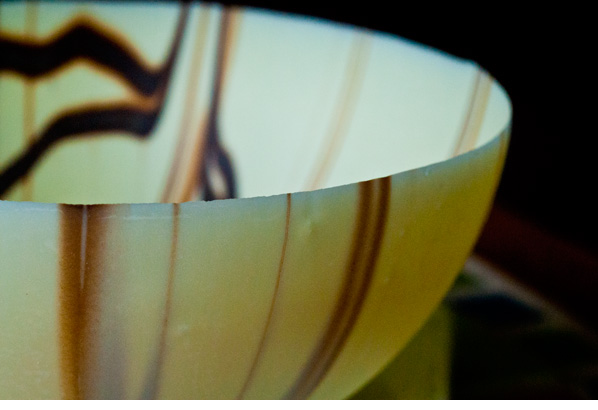 Another Opening, another show … and another excuse to play about with “theme” chocolate.

Although technically, they will have opened by the time I see it, I am thrilled to be going, this weekend, to see a whole bunch of friends perform at the wonderful summer Shakespeare festival, here in Vancouver, Bard on the Beach.

The show I will be attending involves all three parts of Henry VI, contracted down and collectively known as The Wars of the Roses, directed by Christopher Weddell.

The Wars of the Roses concerns the bloody intrigues and machinations of two families, vying for the British throne, or as Wikipedia puts it:

“The Wars of the Roses were a series of dynastic civil wars for the throne of England fought between supporters of two rival branches of the royal House of Plantagenet: the houses of Lancaster and York (the “red” and the “white” rose, respectively).”

Although I am very glad not to have lived at that time:  1455 to 1485, because with my luck, I am sure I would have been born a peasant, it makes for wonderful theatre.

And the imagery got me going:  red and white roses … and lots of blood!  As a matter of fact, it was the picture of a friend in the show, posing with his prop “head on a pike” whose image I couldn’t get out of my head.

While I don’t feel sufficiently skilled in moulding or sculpting to re-create those wonderful props in chocolate, I think I can manage the floral motif and the colours.

I had such fun making Joseph Schmidt’s Chocolate Bowls, that I am having another go at them.  They will become the receptacles for some vibrant “Yorkist” (lemon) and “Lancastrian” (strawberry) pate des fruits.

After carefully watching the instructional videos again, I turn down the volume (so as not to be distracted by the engaging Mr. Schmidt’s voice) and watch his technique over and over again.  He works an eight pointed design into the two colours of chocolate, and after checking the image of the Tudor Rose, I am delighted to find, it is a mere five points, and quite similar in fashion to what can be produced by dragging a skewer through chocolate.

The summer weather has finally arrived in Vancouver, and with great zeal, on the HOTTEST day we have had so far, I melt the two chocolates, temper them very quickly, and feeling confident in the dipping technique, quickly swirl white chocolate into dark and dunk the balloons in.

Hmm.  The bowls do not seem to be behaving the way I remember, as they slide precariously, threatening to topple over.  I prop them up with wads of parchment paper underneath the parchment they are sitting on, to angle them slightly.

I am sweating profusely.

Hours later, in the cool of the evening (it is still 20 degrees Celcius, in the kitchen), I gently touch the side of one bowl.

What was I thinking?  I instantly withdraw my hand as a soft fingerprint is now evident on the bowl’s surface.  They have not set.  They are still soft.  This does not bode well.

The next morning, I feel they must have set, and get out my trusty scissors, to deflate the balloons in a controlled release.  What followed was not pretty.  One by one, I attempted to unmold the chocolate bowls, making painfully small incisions in each balloon and holding my breath as each one imploded upon itself, rather than releasing, leaving me with a mess of swirled chocolate bits, embedded with pink plastic balloon.

I absolutely hate wasting food, and throwing away expensive ingredients, and I saved as much of the chocolate as I could, but I did have to “chuck out” enough of it to make me long for the  chilly, rainy weather we all know and love, here.

In all honesty, I cannot entirely blame the weather.  I rushed, and I am almost certain (in hindsight) that I did not temper the chocolate properly.  A lesson I apparently need to re-learn. 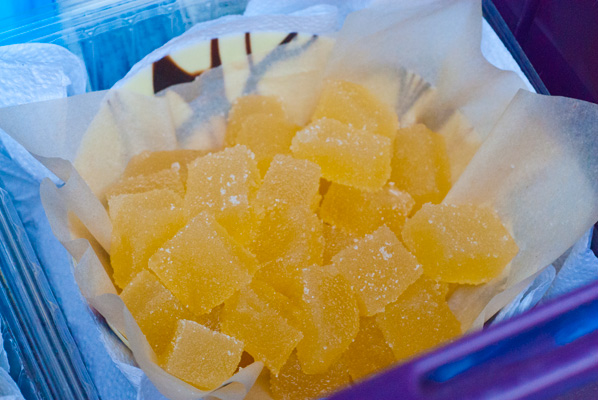 After working my way through quite a few recipes for this lovely stuff, I owe a debt of gratitude to Zoe Francois, pastry chef and cookbook author, who offers some lovely flavour combinations of pates (scroll down the page to the 3rd entry of comments for the strawberry version of the recipe)

I used regular, organic lemons, instead of Meyer Lemons (I wanted something slightly more sour), left out the rosemary, and soon had a pan of promising pate, in the refrigerator.

A sigh of relief, and on to the “Lancasters”.  It is strawberry season, and we finally have an abundance of my favourite berry, right outside the kitchen window.  Zoe calls for 2 ½ pints of berries, but I think I got a little over enthusiastic, and positively heaped as many berries as possible into my glass measures.

Suffice to say, I had my second Epic Fail of this project, when they simply would not set.  Once again, with the wisdom of hindsight, I believe I had too much of a good thing, and upset the chemistry balance of fruit to liquid pectin.

There was no way I was going to throw away beautiful organic strawberries, which looked and smelled heavenly, even in their liquid state.  I started back at the beginning, re-measured the fruit and boiled the whole lot for another 7 minutes.  I opened two more pouches of pectin, and stirred them in, with fingers crossed.

And oh, the stars aligned themselves, and I breathed a sigh of happy relief, as the jellies started to set, and I consigned them to the refrigerator, next to their rivals. 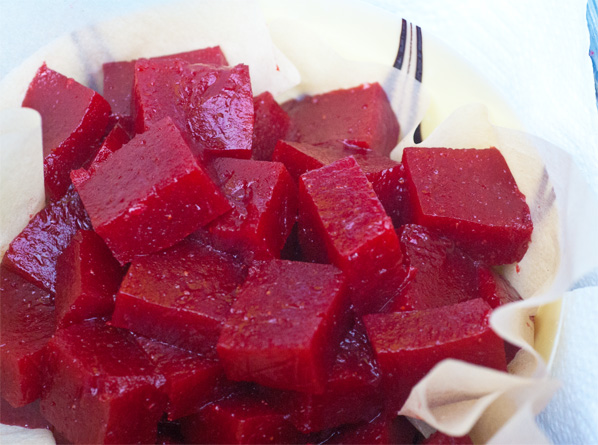 As luck would have it, depending upon how you look at things, the next day was overcast and threatening thunderstorms.  Lovely!  The kitchen was back to its chilly normal, and I bravely sail “Once more unto the breach” (which is actually from Henry V, but never mind), and re-make the chocolate bowls, this time reverting back to my white chocolate base/dark chocolate swirl, as I didn’t want to sacrifice any more dark chocolate to questionable technique.

They worked!  I have never realized how sweet a sound is the release of air from a balloon, accompanied by the gentle stretchy sound of latex releasing from chocolate.  I had, before me, six almost perfect chocolate bowls. 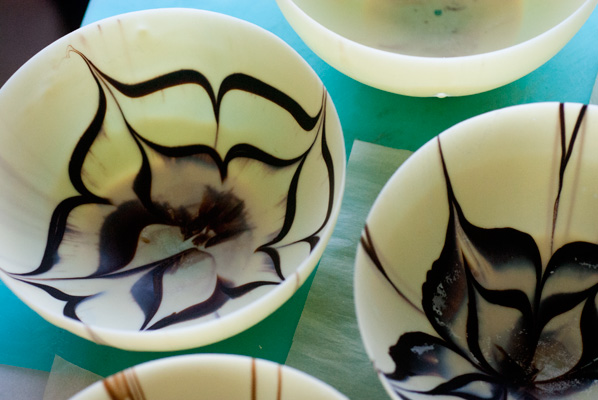 I pick the two most attractive and line them with parchment, to create a “membrane” between chocolate, and moist jellies.  I cut up the lemon pate des fruits, and roll them in sugar.  They go into the chocolate bowl, and I feel my shoulders relax.  They are gorgeous.

As I trim the long ends of the strawberry pate, my son comes in, and we have a great time pretending the strips are “the flesh of mine enemie”.  No, we are not normally so ghoulish, but it is awfully tempting to put these “gory” strips in the bowl they way they are, in homage to the body count in the play! 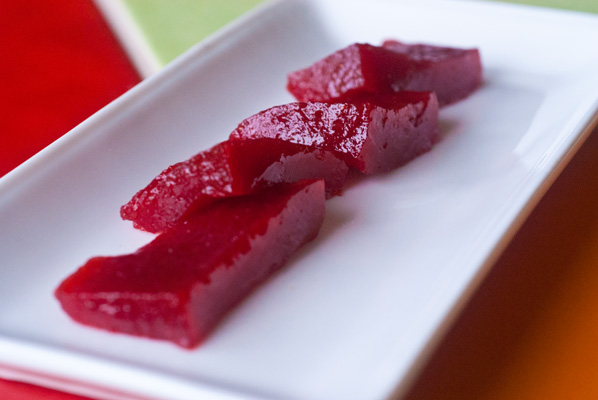 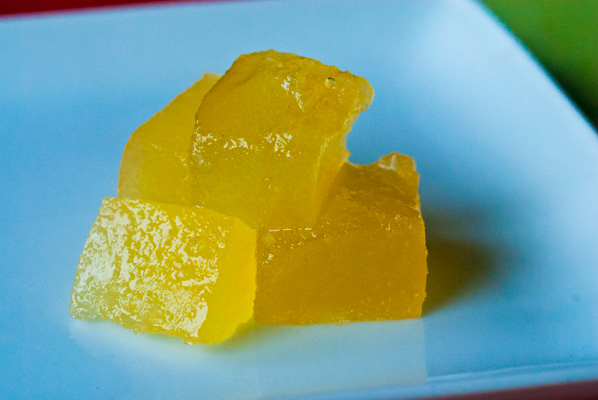 I resist the temptation and my son is happy to eat the strips.  On his wise advice, I leave the strawberry pates un-sugared, as they are just the right sweetness, in their “naked” state.

After carefully packing the bowls of pate in layers of paper towel, and a chilled bucket, I am ready to head out to the show, with the fragile cargo stowed next to me, on the floor of the front seat. 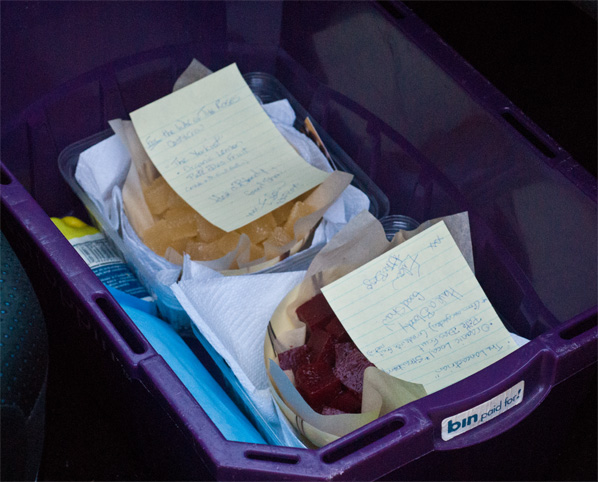 It is a beautiful night, and I drive through Stanley Park, along English Bay, and down to Vanier Park, all along the water’s edge.  I pull my car around to the back of the theatre tents, and am hailed by a friend in one of the shows, who graciously escorts me backstage, where, with a sigh of relief, I hand off the goodies to the cast and crew.

At last, I can relax, and enjoy what I know will be a bloody good show! 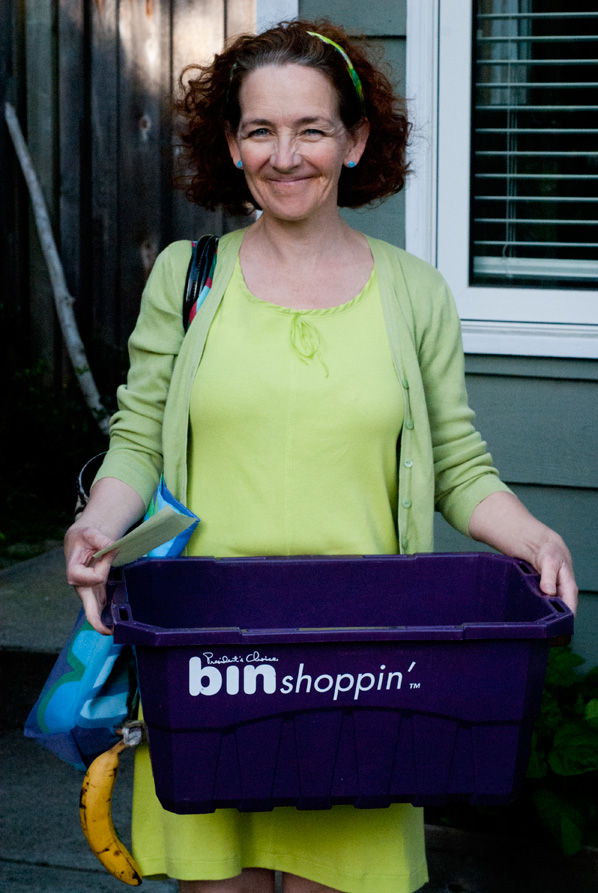